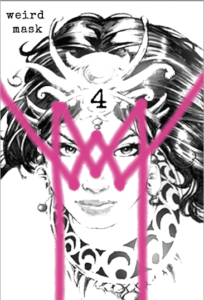 Get it early at the OC Zine Fest on August 25th!