A Misunderstanding Shall Be Resolved – Fan Fic by Matt Wall 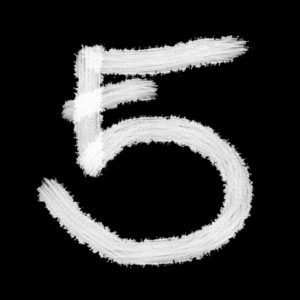 Welcome to this first installment of The 5F Club (Freaking Flash Fan Fiction Friday). Today’s story, is more of a parody. It is based on the Robert E. Howard Conan classic, A Witch Shall Be Born.

A Misunderstanding Shall be Resolved by Matt Wall

Taramis, Queen of Khauran, awakened from a dream-haunted slumber to a silence that seemed more like the stillness of nighted catacombs than the normal quiet of a sleeping palace. She lay staring into the darkness. But as Taramis lay there, she became aware of a spot of radiance glowing in the darkness before her. She watched, puzzled. It grew and its intensity deepened as it expanded, a widening disk of lurid light hovering against the dark velvet hangings of the opposite wall. Taramis caught her breath, starting up to a sitting position. A dark object was visible in that circle of light—a human head.

“Ishtar!” gasped Taramis. “I am bewitched!”

Appallingly, the apparition spoke, and its voice was like honeyed venom.

“Bewitched? No, sweet sister! Here is no sorcery.”

“Sister?” stammered the bewildered girl. “I have no sister.”

“You never had a sister?” came the sweet, poisonously mocking voice. “Never a twin sister whose flesh was as soft as yours to caress or hurt?”

“Why, once I had a sister,” answered Taramis, still convinced that she was in the grip of some sort of nightmare. “But she died.”

The beautiful face in the disk was convulsed with the aspect of a fury; so hellish became its expression that Taramis, cowering back, half expected to see snaky locks writhe hissing about the ivory brow.

“You lie!” The accusation was spat from between the snarling red lips. “She did not die! Fool! Oh, enough of this mummery! Look—and let your sight be blasted!”

Taramis crouched on her velvet couch, her lithe legs flexed beneath her, staring wide-eyed at the pantherish figure which posed mockingly before her. It was as if she gazed upon another Taramis, identical with herself in every contour of feature and limb, yet animated by an alien and evil personality.

“Who are you?” gasped Taramis, an icy chill she could not explain creeping along her spine. “Explain your presence before I call my ladies-in-waiting to summon the guard!”

“Scream until the roof-beams crack,” callously answered the stranger. “Your sluts will not wake till dawn, though the palace spring into flames about them. Your guardsmen will not hear your squeals; they have been sent out of this wing of the palace.”

“What!” exclaimed Taramis, stiffening with outraged majesty. “Who dared give my guardsmen such a command?”

“I did, sweet sister,” sneered the other girl. “A little while ago, before I entered. They thought it was their darling adored queen. Ha! How beautifully I acted the part! With what imperious dignity, softened by womanly sweetness, did I address the great louts who knelt in their armor and plumed helmets!”

“Who are you?” she cried desperately. “What madness is this? Why do you come here?”

“I thought you died within the hour of your birth,” she said feebly.

“So thought many,” answered the woman who called herself Salome. “They carried me into the desert to die, damn them! I, a mewing, puling babe whose life was so young it was scarcely the flicker of a candle. And do you know why they bore me forth to die?”

Salome laughed fiercely, and slapped her bosom. The low-necked tunic left the upper parts of her firm breasts bare, and between them there shone a curious mark—a crescent, red as blood.

“The mark of the witch?” asked Taramis.

“Aye!” Salome’s laughter was dagger-edged with hate. “The curse of the kings of Khauran! Aye, they tell how the first queen of our line had traffic with a fiend of darkness and bore him a daughter who lives in foul legendry to this day. And thereafter in each century a girl baby was born into the Askhaurian dynasty, with a scarlet half-moon between her breasts, that signified her destiny.

“‘Every century a witch shall be born.’ So ran the ancient curse. And so it has come to pass. Some were slain at birth, as they sought to slay me. Some walked the earth as witches, proud daughters of Khauran, with the moon of hell burning upon their ivory bosoms. Each was named Salome. I too am Salome. It was always Salome, the witch. It will always be Salome, the witch, even when the mountains of ice have roared down from the pole and ground the civilizations to ruin, and a new world has risen from the ashes and dust—even then there shall be Salomes to walk the earth, to trap men’s hearts by their sorcery, to dance before the kings of the world, and see the heads of the wise men fall at their pleasure.”

“This is the first I’ve heard of it“ stammered Taramis.

“Really?” The scintillant eyes burned like dark fires of mystery.

”They carried me into the desert far from the city, and laid me naked on the hot sand, under the flaming sun. And then they rode away and left me for the jackals and the vultures and the desert wolves.”

Salome, caught off guard, said, “It was.” She regained her composure and cleared her throat, “But the life in me was stronger than the life in common folk…”

Taramis interrupted, “This is great news! I have a sister! A twin sister!”

Salome stuttered, “Good news?” She swallowed hard. “The good news is that I have come to kill you and take what’s rightfully mine!”

“Kill me?” Taramis laughed. “You don’t need to kill me. I have more riches than I know what to do with and honestly, running a kingdom is a lot fo work.”

“Of course, silly sister. I will tell you what I’ll do. I will give you half of everything I have and you can run the kingdom.”

“What?” Salome’s shock could not be contained. “I have been planning for this day my whole life! I have come to kill you and take what’s mine!”

“Why would you kill me?”

“Revenge for what? I was just as old as you when you were taken and left for dead. I don’t believe in witchcraft. I couldn’t care less that you have a birthmark.” Taramis spun around in glee. “I have a sister! I will put together a huge party to celebrate this occasion and this day will be forever known as Family Day from here on out.”

Tears welled up in the eyes of Salome. “But… But… Blood must be spilled!”

“I don’t know whose blood you could spill. Our parents are both dead.”

“Of course they are or else I wouldn’t be on the throne.”

Taramis jumped towards her with her arms outstretched and hugged her sister tightly. “Let’s make arrangements at once.”