A Princess of Mars – Forward by Edgar Rice Burroughs #ERBMatinee 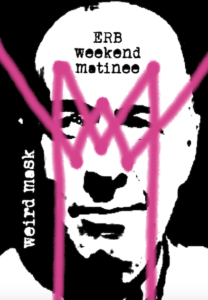 To the Reader of this Work:

In submitting Captain Carter’s strange manuscript to you in book form, I believe that a few words relative to this remarkable personality will be of interest.

My first recollection of Captain Carter is of the few months he spent at my father’s home in Virginia, just prior to the opening of the civil war. I was then a child of but five years, yet I well remember the tall, dark, smooth-faced, athletic man whom I called Uncle Jack.

He seemed always to be laughing; and he entered into the sports of the children with the same hearty good fellowship he displayed toward those pastimes in which the men and women of his own age indulged; or he would sit for an hour at a time entertaining my old grandmother with stories of his strange, wild life in all parts of the world. We all loved him, and our slaves fairly worshipped the ground he trod.

He was a splendid specimen of manhood, standing a good two inches over six feet, broad of shoulder and narrow of hip, with the carriage of the trained fighting man. His features were regular and clear cut, his hair black and closely cropped, while his eyes were of a steel gray, reflecting a strong and loyal character, filled with fire and initiative. His manners were perfect, and his courtliness was that of a typical southern gentleman of the highest type.

His horsemanship, especially after hounds, was a marvel and delight even in that country of magnificent horsemen. I have often heard my father caution him against his wild recklessness, but he would only laugh, and say that the tumble that killed him would be from the back of a horse yet unfoaled.

When the war broke out he left us, nor did I see him again for some fifteen or sixteen years. When he returned it was without warning, and I was much surprised to note that he had not aged apparently a moment, nor had he changed in any other outward way. He was, when others were with him, the same genial, happy fellow we had known of old, but when he thought himself alone I have seen him sit for hours gazing off into space, his face set in a look of wistful longing and hopeless misery; and at night he would sit thus looking up into the heavens, at what I did not know until I read his manuscript years afterward.

He told us that he had been prospecting and mining in Arizona part of the time since the war; and that he had been very successful was evidenced by the unlimited amount of money with which he was supplied. As to the details of his life during these years he was very reticent, in fact he would not talk of them at all.

He remained with us for about a year and then went to New York, where he purchased a little place on the Hudson, where I visited him once a year on the occasions of my trips to the New York market—my father and I owning and operating a string of general stores throughout Virginia at that time. Captain Carter had a small but beautiful cottage, situated on a bluff overlooking the river, and during one of my last visits, in the winter of 1885, I observed he was much occupied in writing, I presume now, upon this manuscript.

He told me at this time that if anything should happen to him he wished me to take charge of his estate, and he gave me a key to a compartment in the safe which stood in his study, telling me I would find his will there and some personal instructions which he had me pledge myself to carry out with absolute fidelity.

After I had retired for the night I have seen him from my window standing in the moonlight on the brink of the bluff overlooking the Hudson with his arms stretched out to the heavens as though in appeal. I thought at the time that he was praying, although I never had understood that he was in the strict sense of the term a religious man.

Several months after I had returned home from my last visit, the first of March, 1886, I think, I received a telegram from him asking me to come to him at once. I had always been his favorite among the younger generation of Carters and so I hastened to comply with his demand.

I arrived at the little station, about a mile from his grounds, on the morning of March 4, 1886, and when I asked the livery man to drive me out to Captain Carter’s he replied that if I was a friend of the Captain’s he had some very bad news for me; the Captain had been found dead shortly after daylight that very morning by the watchman attached to an adjoining property.

For some reason this news did not surprise me, but I hurried out to his place as quickly as possible, so that I could take charge of the body and of his affairs.

I found the watchman who had discovered him, together with the local police chief and several townspeople, assembled in his little study. The watchman related the few details connected with the finding of the body, which he said had been still warm when he came upon it. It lay, he said, stretched full length in the snow with the arms outstretched above the head toward the edge of the bluff, and when he showed me the spot it flashed upon me that it was the identical one where I had seen him on those other nights, with his arms raised in supplication to the skies.

There were no marks of violence on the body, and with the aid of a local physician the coroner’s jury quickly reached a decision of death from heart failure. Left alone in the study, I opened the safe and withdrew the contents of the drawer in which he had told me I would find my instructions. They were in part peculiar indeed, but I have followed them to each last detail as faithfully as I was able.

He directed that I remove his body to Virginia without embalming, and that he be laid in an open coffin within a tomb which he previously had had constructed and which, as I later learned, was well ventilated. The instructions impressed upon me that I must personally see that this was carried out just as he directed, even in secrecy if necessary.

His property was left in such a way that I was to receive the entire income for twenty-five years, when the principal was to become mine. His further instructions related to this manuscript which I was to retain sealed and unread, just as I found it, for eleven years; nor was I to divulge its contents until twenty-one years after his death.

A strange feature about the tomb, where his body still lies, is that the massive door is equipped with a single, huge gold-plated spring lock which can be opened only from the inside.