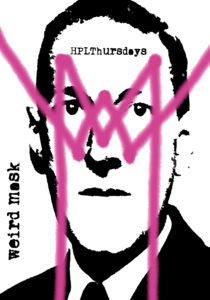 In the Spring of 1847, the little village of Ruralville was thrown into a state of excitement by the landing of a strange Brig in the harbour. It carried no flag, and no name was painted on its side, and everything about it was such as would excite suspicion. It was from Tripoli, Africa, and the captain was named Manuel Ruello. The Excitement increased, however; when John Griggs, (The magnate of the villiage) suddenly disappeared from his home. This was the night of October 4th—on October 5th the Brig left.

It was 8 bells on the U.S. Frigate “Constitution” when Commander Farragut sighted a strange brig to the westward. It carried no flag, and no name was painted on its side, and everything about it was such as would excite suspicion. On hailing it put up the Pirates Flag. Farragut ordered a gun fired and no sooner did he fire, than the pirate ship gave them a broadside when the Fight was over Commander Farragut Missed one man named Henry F. Johns.

It was Summer on the Island of Madagascar. And Natives were picking corn, when one cried “Companions! I sight a ship! with no flag and with no name printed on the side and with everything about it such as would excite Suspicion!” And The Natives fled in all directions when They came together on The other side of The Island one was missing his name was Dahabea.

At length it was Decided Something must be done, Notes were compared. Three abductions were found to have taken place Dissapearance of John Griggs, Henry John, & Dahabea, were recalled. Finally Advertisements were issued offering £5000 reward for the capture of Manuel Ruello, Ship, Prisoners, & crew. When exciting News reached London! An unknown Brig with no name was wrecked of The Florida Keys in America!

The People Hurried to Florida and Beheld———. A steel spindle shaped object Lay placidly on the water Beside the shattered wreck of The brig. “A Submarine Boat”! shouted one “Yes!” shouted another “The mystery is cleared” said a wise looking man. “In the excitement of the fight they launch the submarine boat and take as many as they wish, unseen. And———.” “John Brown has disappeared”! shouted a voice from the deck. Sure enough John Brown was gone!

The Finding of The Submarine boat and the dissapearance of John Brown caused renewed excitement among the People, and a new discovery was made. In relating this discovery It is necessary to relate a geographical Fact:— At the North Pole there is supposed to exist a vast continent composed of volcanic soil, a portion is open to travellers and explorers but it is barren and unfruitful. and thus absolutely Impassable. It is called “No-Mans Land.”

In the Extreme southern part of No-Mans Land There was found a wharf and a hut &c and every sign of former human habitation. A rusty door-plate was nailed to the hut inscribed in old English “M. Ruello.” This, then, was the home of Michael Ruello. the house brought to light a note book belonging to John Griggs, and The Log of the “Constitution” taken from Henry Johns, and the Madagascar Reaper belong To Dahabea.

When about to leave, they Observed a spring on the side of the hut. They pressed it.—A hole appeared in the side of the hut which they promptly entered. They were in a subterranean cavern, the beach ran down to the edge of a black, murky, sea. on the sea lay a dark oblong object—viz another Submarine boat which they entered. There bound to the cabin Floor Lay Griggs, Johns, and Dahabea, all alive and well. They, when arriving in London, separated, Griggs going to Ruralville, Johns, To the Constitution and Dahabea to Madagascar.

But The mystery of John Brown lay still unsolved. So They Kept strict watch over the port at no-mans Land, Hoping The Submarine Boat would arrive. At length, however, it did arrive bearing with it John Brown. They Fixed upon the 5th of October For the Attack. They ranged along the shore and Formed Bodies. Finally one by one and Headed by Manuel Ruello The Pirates left the Boat. They were (to their astonishment) Met By a Rapid Fire.

The Pirates were at Length defeated and a search was made for Brown. At Length he (the aforesaid Brown) was found. John Gregg was royally received at Ruralville and a dinner was
Dahabea was made King of Madagascar, and Manuel Ruello was Executed at Newgate Prison.