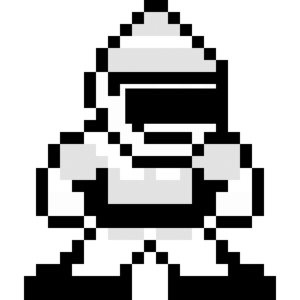 I’d be lying if I said there weren’t advantages to being blind. For one, nobody suspects a blind rogue. If I happen to bump into someone on the street? Easily dismissed as an accident! I may not be the most noble elf, but elven traditions can go fuck off for all I care. All a bunch of pansies who live very long, boring lives, with holier than thou attitudes. Then again, maybe I’m just bitter dear old dad never gave me a chance. Dad left the clan with my mother shortly after I was born. Insisted that I’d be some sort of burden to them. I sure showed him. Look at me now, Dad! Fife really is the shame of the family now.

My ears turn towards the sound of footsteps, and the chatter of a nearby tavern. My hand slides against the stone wall. It feel rough against my fingers and can hear footsteps ahead of me, so I quicken my pace and wonder if this is an easy target, or a fellow rogue. After listening for a moment or two more, I determine that they are far too noisy to be from any sort of thieves guild. The footsteps are too heavy and careless, and the breathing is much too loud. Or maybe their just too new to all of this. In any case, they’ve just become a target. They aren’t paying attention to their pockets, and so I feel as though they now owe me a drink, and will buy me one if this goes right.

The tip of my boot collides softly with their ankle.

“Sorry, I must have taken a step too close.” I grip the cloak around the edges for ‘support. My hand is in a pocket, and before the poor sod can notice, whatever few coins they had are now in my own pocket.

“It’s alright.” The voice sounds male. A fairly young person from the sounds of it. Then again, I suppose most people sound young to us Elves.

I did feel guilty about all this in the beginning, but something about the rush of a successful heist pushed it out. Even though I can’t see, the feeling of eyes on you is quite the distinct sensation. Mother always said she felt it too, and she never lost her vision.

“How do you know where you’re going?”

My teeth dig into my lip as I bite back a sarcastic retort to his ignorance.

“Just followin’ the music, lad!” A laugh escapes me, despite it not being all that funny. This usually makes people uncomfortable, and they let me go about my business.

I return my hand to the wall, and turn my head towards the sounds of the music. As I approach, voices intermingle with song, and as I open the door, I’m met with the smell of fresh Ale, and a mixture of aromas wafting from the kitchen.

“Fife! I was wondering when you’d show,” Lase slams an ale down on the bar before I even have the chance to take a seat. The bar stool creaks a bit as my ass finds the seat, but that’s nothing new. These stools have seen a lot of action. Tavern fights break out all the time, but they are sturdy enough. And in any case, I’m light enough that even if the cursed thing had been on its last legs, it probably wouldn’t have mattered anyway.

“Thanks, Lase.” I take a sip before I reach into my pocket, and slide a gold piece across towards the bartender. He’s a good enough person. Well, maybe not ‘good’ in the traditional sense, but he looks out for the guild under the guise of a humble tavern owner.

“Isn’t it always?” I shrug, and take another sip of my ale before tuning into the conversations going on about the tavern. It’s mostly just boring shit, but something interesting catches my attention from a nearby table.

“Have you heard about Murryfield?” A gruff voice asks over the sound of the bards song.

“No, what’s going on?” The other voice s slurred. These two have been here awhile.

Murryfield. That’s where I honed my craft. Lots of weird shit happened there. Why were they talking as if this was some juicy bit of news? Then it occurs to me, that they could be speaking in code. I’m bored, and like a challenge, so I tune in more. Besides, I’m now in need of a new job. Maybe I should pay Murryfield a visit.

“People are dropping like flies there. Even the ones who usually come and go. The place is more graveyard than town now. And there’s something strange going on in that inn.”

A shiver rakes down my spine and I pull the hood of my cloak over my ears. Not because I’m cold, but because my ears have this bad habit of twitching. Though, I doubt these two drunks are paying me much mind, but I’d rather be overly cautious than risk being caught right now.

“People who stay in that place. Well, they don’t live long enough to see the sunrise. That’s what the rumors say anyway.”

“Oh piss off,” the companion dismisses the comment as he pushes his chair away from the table. “You had me going there for awhile. If the rumors are true, it’s obviously some sort of assassin. Or maybe a bloody necromancer has moved into town. Weird shit is always happening there. That place breeds people like us after all.”

My ale is gone, and slam another gold piece down on the bar.

“Right away, Fife,” the heels of Lace’s boots tap across the wood floors rhythmically to the music. It makes me wonder if he misses being a bard after all.

“Not quite. I’m too old for that sort of thing.”

“What made you give it up anyway?”

Lase hums quietly as he refills the tankard. I know him well enough by now to know that he’s debating on telling me the truth, or coming up with another wild story to entertain the customers. He leans in, and I can feel his warm breath tug at the edges of the hood.

My brows crinkle. I can tell that’s the truth, because if it were anything but the truth, he wouldn’t have whispered it.  As he walks away, I notice something and it catches me off guard. He puts more weight on his left foot than he does his right. Interesting.

That’s the downside to this line of work. One false move, and it could end either your career or your life. Lucky for me, I haven’t had anything too terrible happen, but I’ve had my fair share of close calls. If I had the wrong crew, I’d be gone.

“You hear anything from Alwyn?”

The bell to the tavern door jingles boot heels clank against the floor loudly.

She slides onto the stool next to me.

“You know bloody well what.”

I can feel myself smirking.

Alwyn snaps her finger next to my ear, and something hits the wood of the bar.

“They’d be a lot better if rumors didn’t spread so quickly.- Don’t smirk at me, Fife!” Her fist hits my shoulder again, and this time I almost loose my footing and topple to the floor.

“Should have been more subtle.” I whisper in her ear as I ruffle her hair. “These things take practice.” My voice drops to a low whisper.

“Speed out the assassinations next time. At least you weren’t caught. They’ll be other Merryfields.”

She’s a bit reckless, but I’m proud to call her my apprentice.