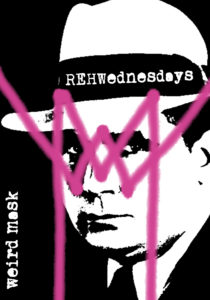 The Tower of the Elephant

Torches flared murkily on the revels in the Maul, where the thieves of the east held carnival by night. In the Maul they could carouse and roar as they liked, for honest people shunned the quarters, and watchmen, well paid with stained coins, did not interfere with their sport. Along the crooked, unpaved streets with their heaps of refuse and sloppy puddles, drunken roisterers staggered, roaring. Steel glinted in the shadows where wolf preyed on wolf, and from the darkness rose the shrill laughter of women, and the sounds of scufflings and strugglings. Torchlight licked luridly from broken windows and wide-thrown doors, and out of those doors, stale smells of wine and rank sweaty bodies, clamor of drinking-jacks and fists hammered on rough tables, snatches of obscene songs, rushed like a blow in the face.

In one of these dens merriment thundered to the low smoke-stained roof, where rascals gathered in every stage of rags and tatters—furtive cut-purses, leering kidnappers, quick-fingered thieves, swaggering bravoes with their wenches, strident-voiced women clad in tawdry finery. Native rogues were the dominant element—dark-skinned, dark-eyed Zamorians, with daggers at their girdles and guile in their hearts. But there were wolves of half a dozen outland nations there as well. There was a giant Hyperborean renegade, taciturn, dangerous, with a broadsword strapped to his great gaunt frame—for men wore steel openly in the Maul. There was a Shemitish counterfeiter, with his hook nose and curled blue­black beard. There was a bold-eyed Brythunian wench, sitting on the knee of a tawny-haired Gunderman—a wandering mercenary soldier, a deserter from some defeated army. And the fat gross rogue whose bawdy jests were causing all the shouts of mirth was a professional kidnapper come up from distant Koth to teach woman-stealing to Zamorians who were born with more knowledge of the art than he could ever attain.

This man halted in his description of an intended victim’s charms, and thrust his muzzle into a huge tankard of frothing ale. Then blowing-the foam from his fat lips, he said, “By Bel, god of all thieves, I’ll show them how to steal wenches: I’ll have her over the Zamorian border before dawn, and there’ll be a caravan waiting to receive her. Three hundred pieces of silver, a count of Ophir promised me for a sleek young Brythunian of the better class. It took me weeks, wandering among the border cities as a beggar, to find one I knew would suit. And is she a pretty baggage!”

He blew a slobbery kiss in the air.

“I know lords in Shem who would trade the secret of the Elephant Tower for her,” he said, returning to his ale.

A touch on his tunic sleeve made him turn his head, scowling at the interruption. He saw a tall, strongly made youth standing beside him. This person was as much out of place in that den as a gray wolf among mangy rats of the gutters. His cheap tunic could not conceal the hard, rangy lines of his powerful frame, the broad heavy shoulders, the massive chest, lean waist, and heavy arms. His skin was brown from outland suns, his eyes blue and smoldering; a shock of tousled black hair crowned his broad forehead. From his girdle hung a sword in a worn leather scabbard.

The Kothian involuntarily drew back; for the man was not one of any civilized race he knew.

“You spoke of the Elephant Tower,” said the stranger, speaking Zamorian with an alien accent. “I’ve heard much of this tower; what is its secret?”

The fellow’s attitude did not seem threatening, and the Kothian’s courage was bolstered up by the ale, and the evident approval of his audience. He swelled with self-importance.

“The secret of the Elephant Tower?” he exclaimed. “Why, any fool knows that Yara the priest dwells there with the great jewel men call the Elephant’s Heart, that is the secret of his magic.”

The barbarian digested this for a space.

“I have seen this tower,” he said. “It is set in a great garden above the level of the city, surrounded by high walls. I have seen no guards. The walls would be easy to climb. Why has not somebody stolen this secret gem?”

The Kothian stared wide-mouthed at the other’s simplicity, then burst into a roar of derisive mirth, in which the others joined.

“Harken to this heathen!” he bellowed. “He would steal the jewel of Yara! ­ Harken, fellow,” he said, turning portentously to the other, “I suppose you are some sort of a northern barbarian—”

“I am a Cimmerian,” the outlander answered, in no friendly tone. The reply and the manner of it meant little to the Kothian; of a kingdom that lay far to the south, on the borders of Shem, he knew only vaguely of the northern races.

“Then give ear and learn wisdom, fellow,” said he, pointing his drinking-jack at the discomfited youth. “Know that in Zamora, and more especially in this city, there are more bold thieves than anywhere else in the world, even Koth. If mortal man could have stolen the gem, be sure it would have been filched long ago. You speak of climbing the walls, but once having climbed, you would quickly wish yourself back again. There are no guards in the gardens at night for a very good reason—that is, no human guards. But in the watch-chamber, in the lower part of the tower, are armed men, and even if you passed those who roam the gardens by night, you must still pass through the soldiers, for the gem is kept somewhere in the tower above.”

“But if a man could pass through the gardens,” argued the Cimmerian, “why could he not come at the gem through the upper part of the tower and thus avoid the soldiers?”

Again the Kothian gaped at him.

“Listen to him!” he shouted jeeringly. “The barbarian is an eagle who would fly to the jeweled rim of the tower, which is only a hundred and fifty feet above the earth, with rounded sides slicker than polished glass!”

The Cimmerian glared about, embarrassed at the roar of mocking laughter that greeted this remark. He saw no particular humor in it, and was too new to civilization to understand its discourtesies. Civilized men are more discourteous than savages because they know they can be impolite without having their skulls split, as a general thing. He was bewildered and chagrined, and doubtless would have slunk away, abashed, but the Kothian chose to goad him further.

“Come, come!” he shouted. “Tell these poor fellows, who have only been thieves since before you were spawned, tell them how you would steal the gem!”

“There is always a way, if the desire be coupled with courage,” answered the Cimmerian shortly, nettled.

The Kothian chose to take this as a personal slur. His face grew purple with anger.

“What!” he roared. “You dare tell us our business, and intimate that we are cowards? Get along; get out of my sight!” And he pushed the Cimmerian violently.

“Will you mock me and then lay hands on me?” grated the barbarian, his quick rage leaping up; and he returned the push with an open-handed blow that knocked his tormenter back against the rude-hewn table. Ale splashed over the jack’s lip, and the Kothian roared in fury, dragging at his sword.

“Heathen dog!” he bellowed. “I’ll have your heart for that!”

Steel flashed and the throng surged wildly back out of the way. In their flight they knocked over the single candle and the den was plunged in darkness, broken by the crash of upset benches, drum of flying feet, shouts, oaths of people tumbling over one another, and a single strident yell of agony that cut the din like a knife. When a candle was relighted, most of the guests had gone out by doors and broken windows, and the rest huddled behind stacks of wine-kegs and under tables. The barbarian was gone; the center of the room was deserted except for the gashed body of the Kothian. The Cimmerian, with the unerring instinct of the barbarian, had killed his man in the darkness and confusion.